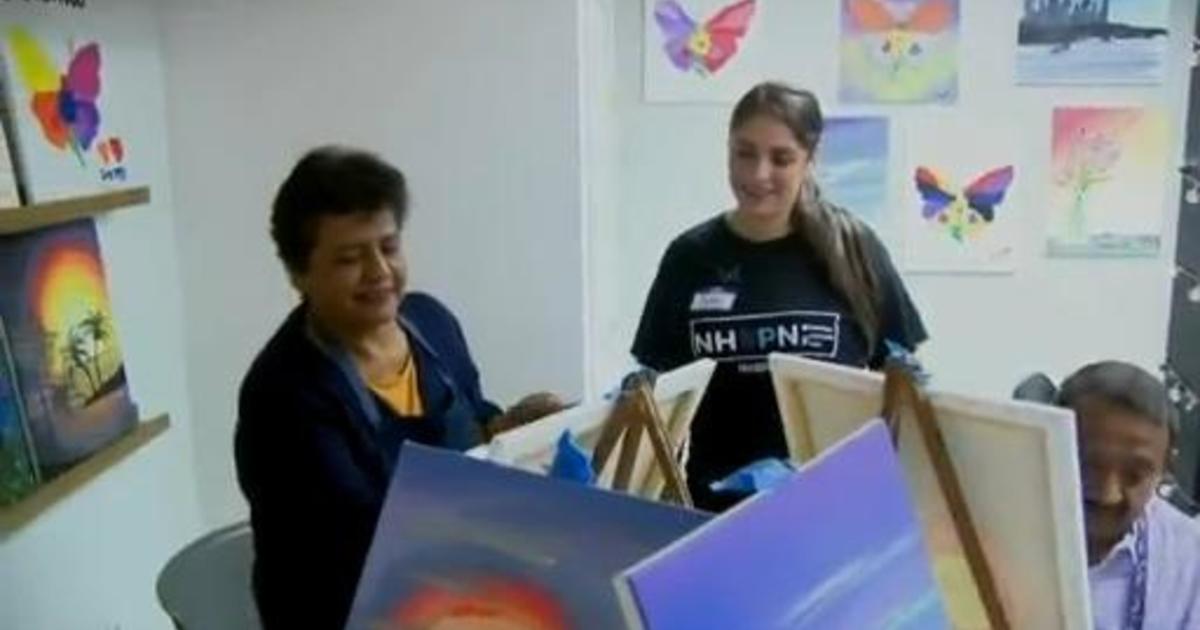 CHICAGO (CBS) — As we celebrate Hispanic Heritage Month, an Elgin duo is working on shedding light on a growing health concern amongst the Hispanic populations: suicide.

CBS 2’s Marybel Gonzalez shows us how they’re reaching out to families and breaking down taboos to help those who are struggling.

In an Elgin basement and with the stroke of a brush, Gabriela Vargas is working to save lives.

“The vision is to provide a safe space with people that are certified to help these people with understanding that there’s hope into a better future,” said Gabriela “Gabi” Vargas, founder of Poiema  and the National Hispanic Suicide Prevention Network.

But the space called Poeima (poiema means “masterpiece” in Greek) , goes way beyond teaching people how to paint. It’s a place where Gabriela, who has a background as a medical interpreter, is breaking down cultural and language barriers to teach families about suicide prevention – and specifically – Hispanic ones like hers – where she said it can be a taboo topic.

She struggled with suicide and also telling her parents about it.

“As an immigrant coming from Mexico, my parents, they were surviving. They loved us and they provided, but they didn’t really have that education,” Vargas said.

It’s a growing concern within this demographic. In a 2022 study from New Mexico State University found that suicide among Hispanic adults spiked by more for than 70% between 2010 and 2020.

“I wanted to commit suicide when I was in the eighth grade.”

It’s an experience Alejandro Ramirez, a third generation immigrant, understands all too well. Alejandro “A.J”  Ramirez is the co-founder of the National Hispanic Suicide Prevention Network.

“I just didn’t think that I belonged in the world. I just felt alienated.”

But connecting with Gabriela helped him find his place.

Now, the duo is working together, creating the National Hispanic Suicide Prevention Network to reach out to Hispanics who like them, have struggled with their mental health.

“All it takes is one bad day, and then if you don’t have the support possible, you just keep spiraling,” said Ramirez.

Every session kicking off with discussions about how families can best support their loved ones while they wait to see a therapist.

“If we can be a safe space for two to three months where people come and they have someone to talk to. It makes such a big difference,” said Vargas.

“If I’m in a bad state of mind and I go to the studio, it’s very uplifting, said Cathie Cook, a suicide survivor and Poeima volunteer.

Gabriela and Alejandro now hoping to spread their suicide prevention advocacy from the art studio basement into schools and homes in their community.

“We all struggle through it. We all know somebody who has either attempted it or thought about it.”

if you, or someone you know, needs help, call 9-8-8. It’s the new suicide and crisis lifeline.

The next event for the National Hispanic Suicide Prevention Network is happening next week. you can head to our website cbschicago.com to find out more about the organization.