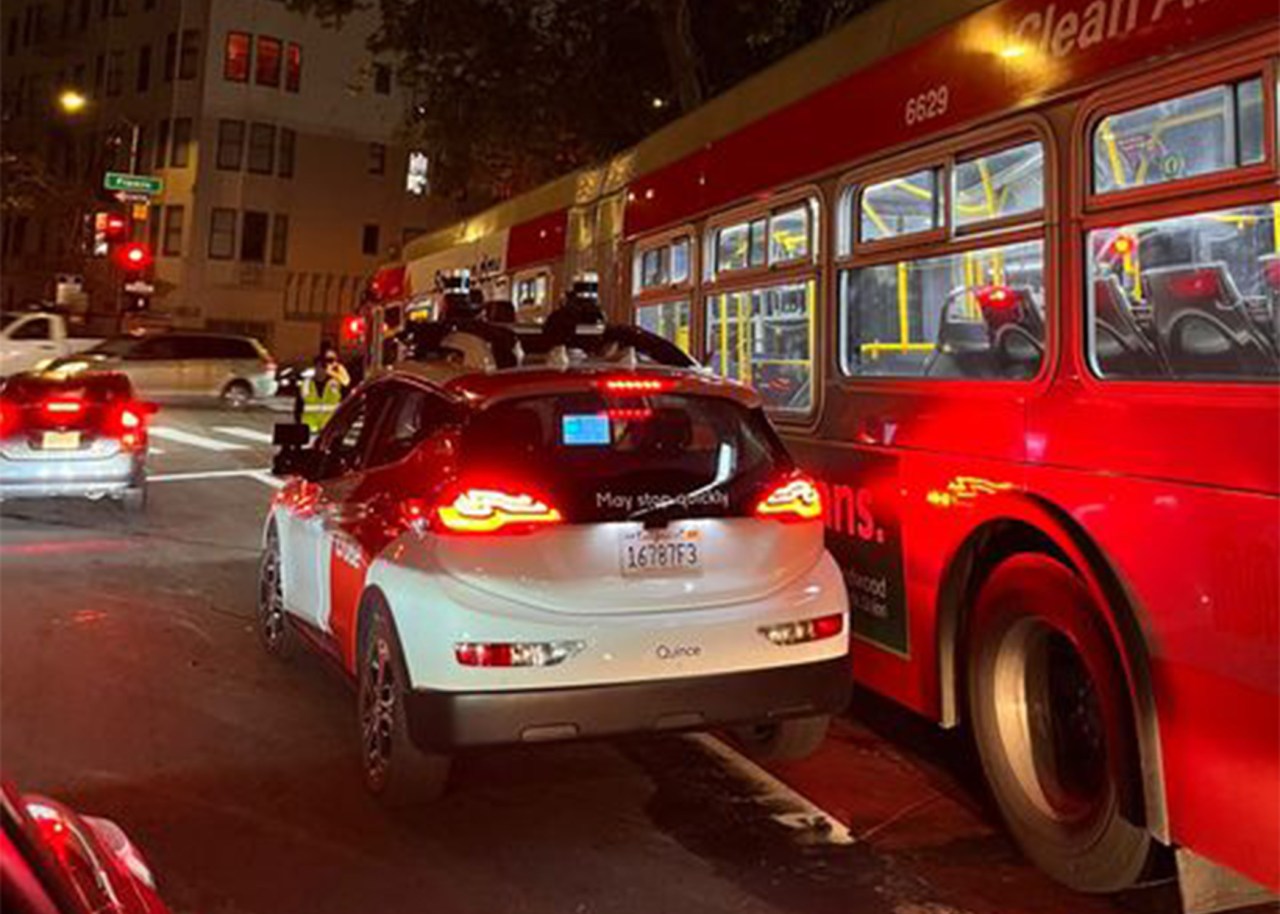 SAN FRANCISCO (KRON) — In separate incidents on Thursday night, two Cruise driverless vehicles created disruptions and blocked traffic on the streets of San Francisco, with one vehicle appearing to have veered into the path of a bus.

According to the viewer who submitted the photos, the Cruise vehicle crashed into the Muni bus and the incident took place at about 10:19 p.m. Thursday on Geary Street at Franklin.

KRON4 reached out to Cruise and received a statement from a spokesperson who said he didn’t “believe there was any type of collision,” but was “double checking” to see if that “turns out not to be the case.”

In a separate incident, members of the KRON4 News team came across another Cruise self-driving car that had stopped driving in the middle of the street, blocking Sacramento at Mason. The vehicle, which had the name “Jasper” on it, had its hazard lights on and was playing music. The vehicle was blocking traffic, and a Muni bus had to re-route around it.

KRON4 reporter Dan Thorn contacted the first responder information displayed on the dash in the car. Cruise had a team respond to the scene about 20 minutes later.

A spokesperson from Cruise said the company was looking into the incident at Sacramento and Mason, but confirmed that no passenger impact, injuries or collisions had occurred in relation to the incident.

KRON4 also reached out to SF Muni for comment but has yet to receive word in either incident.