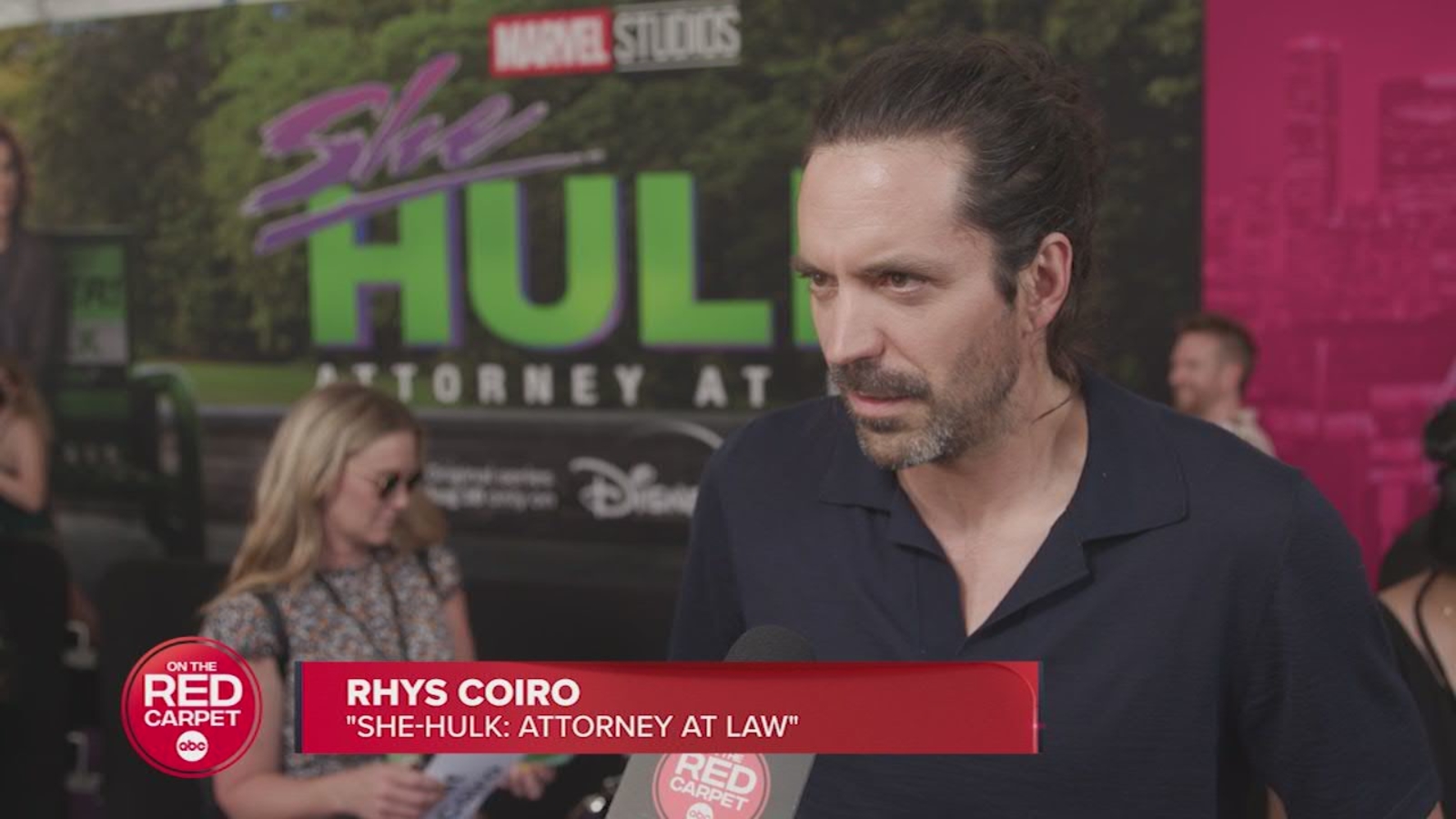 Rhys Coiro stars as Donny Blaze in Disney+’s popular TV series, “She-Hulk: Attorney at Law.” Marvel Cinematic Universe fans were captivated by Coiro’s debut when they wondered if his character was the 2007 Marvel Comics’ “Ghost Rider.”

Coiro tells On The Red Carpet that Donny Blaze is “a master magician and supremely powerful magician extraordinaire.”

Coiro reveals that he was able to pull off his role as the mysterious magician because “Marvel does everything right you know. I had wonderful support, stunt team, the props department and the technical advisor.”

The actor is comfortable with the presence of girl-power in She-Hulk. “It feels regular and normal in the best way, you know in the most organic way,” Coiro said. “It’s just an excellent feature.”

Kat Coiro, director of six of She-Hulk’s nine episodes and married to Coiro, jokingly reveals that the idea of casting her husband was not hers. “It was actually Wendy Jacobson’s idea. She was like, what about Rhys? And am I just revealing that to you now, that it wasn’t my idea, sorry.”