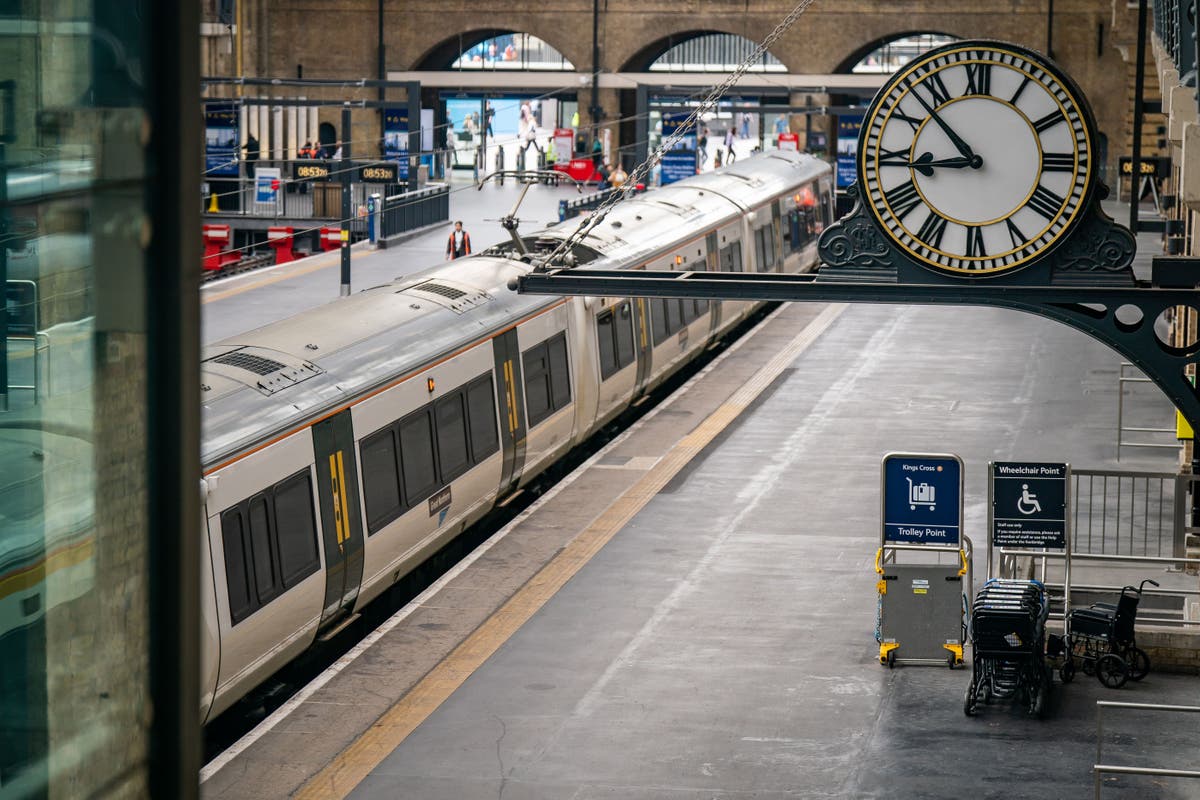 A fresh strike by train drivers will cause more travel chaos for passengers on Saturday amid warnings of further walkouts in a long-running dispute over pay.

Members of Aslef with 11 train operators will walk out, causing huge disruption, with the industry warning of “significantly reduced” services across the country.

Passengers were urged to plan ahead and check before they travel throughout the whole weekend.

Trains that are running will start later on Saturday morning and finish much earlier than usual, with services typically running between 7.30am and 6.30pm on the day of the strike.

Rugby fans travelling to England v South Africa at Twickenham and to Cardiff for the Wales v Australia international are advised to check with their train operator for travel updates as many trains across the network will be affected.

Mick Whelan, general secretary of Aslef, said progress in talks aimed at resolving the dispute had been “incredibly slow”.

He told the PA news agency: “We don’t want to be in this position, but no-one is listening to us. Our members did not receive a pay rise during the pandemic and we are being told that train companies can’t afford more than a 2% rise.

“Only the Government can take the shackles off the employers. We are in this for the long haul – and our members want us to go harder and faster.”

Mr Whelan is due to meet Transport Secretary Mark Harper next week to discuss the dispute.

Daniel Mann, director of industry operations at the Rail Delivery Group, said: “The strike by Aslef brings more uncertainty for passengers and businesses by disrupting their weekend plans.

“While we will do all that we can to minimise disruption, if you are going to travel on the routes affected, please plan ahead and check the latest travel advice on national rail inquiries.

“Passengers with advance, off-peak or anytime tickets affected by the strike can use their ticket either on the day before the date on the ticket, or up to and including Tuesday 29 November. Passengers can also change their tickets to travel on an alternate date or get a refund if their train is cancelled or rescheduled.”

Companies where no services are expected to run include Avanti West Coast, CrossCountry, Chiltern and East Midlands, while others including Great Western and Greater Anglia say services will be extremely limited.

The Rail, Maritime and Transport union has called a series of strikes in the coming weeks at Network Rail and 14 train operators in its dispute over jobs, pay and conditions, which will cripple services.