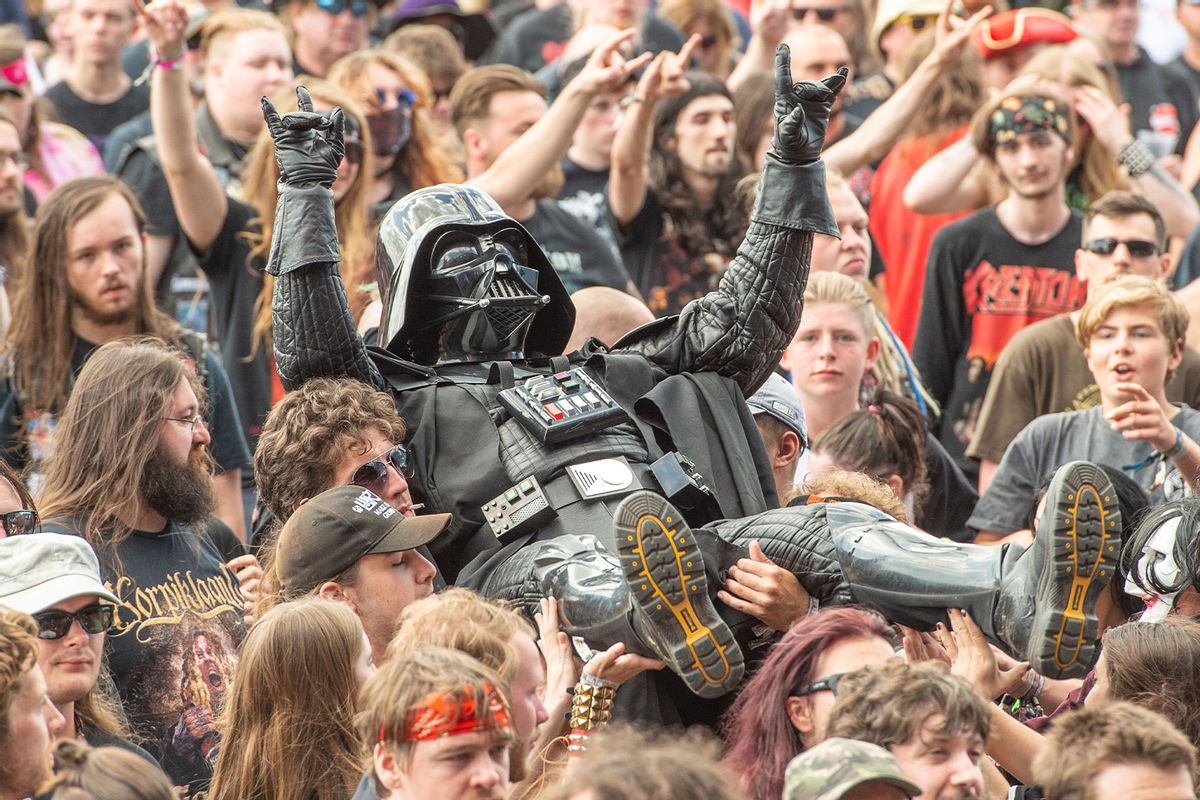 Movie legend has it that the identity of Luke Skywalker’s father was always hiding in plain sight – well, at least through a subtle naming clue. “Darth Vader” does, after all, have a distinct paternal ring to it linguistically. Indeed, had the big reveal been “I am your fader” it would have made a nice play on the heavy-breathing villain’s name with a nod to an old Dutch term for “father.”

The true origin story of Vader’s moniker is not as cool as the myth. But as someone who studies the origins of words, I see the story providing an example of something that is real: the universality of the names used for fathers across all languages.

Considering that dads played a key part in populating the dawn of civilization, it is perhaps not that surprising that a label for the dude we call “dad” would emerge early in the development of languages. But, whether it’s “papa,” “dada” or “vater,” what is striking is the cross-cultural bias in the words used to describe him – and how the same names have stuck around over millennia.

Why “pater” is familiar

Tracking the linguistic evolution of modern “father,” we find it as far back as written English goes – with references to “feadur” or “fadur” or “fædor” in Old English texts from the seventh to 11th centuries. In Old Dutch there was “fader“; in Old Icelandic we find “faðir”; in Old High German, a precursor to modern German, it was “fater” – now “vater”; and, finally, in Old Danish, “fathær.”

This uniformity strongly suggests this word was found in the languages’ early Germanic parent – that is, the source language from which all these Germanic languages descended.

But the similarity in terms used for “father” doesn’t stop with this Germanic forefather. Related words are found across the entire Indo-European language tree – a large group of distantly related languages that stretches over most of Europe and a good bit of Asia. For instance, we find closely matching terms in Latin with “pater,” Sanskrit’s “pitar” and in Greek with “patér” – all older languages that developed separately from the Germanic line.

This means that the word “father” likely came from a long-dead source language, estimated to date back some 6,000 years. This single parent language – known as Proto Indo-European – spawned all these later languages and their shared word for paters.

But how did the “p” in “pater” morph into the “f” found in all the Germanic “father” words”?

Historical linguists have reconstructed the most likely sounds that were used in this hypothesized parent language. Since Ancient Greek, Latin and Sanskrit all have “p,” “t” and “k” sounds, their Indo-European source also probably had these, or closely related, sounds.

But as Germanic languages formed their own branch of the family tree, this “p” turned into an “f.” This explains why there is a “p” in Latin-based words like “Pisces,” “podiatry” and “patriarchy,” but “f” in the Germanic descended equivalents like “fish,” “foot” and father.” This sound change was not random but followed what came to be called Grimm’s law, named for the very same brother Grimm who brought us “Hansel and Gretel.”

Grimm noted a pattern of sound correspondences across Indo-European languages that suggested a series of regular changes must have occurred as Indo-European split into daughter languages. These changes likely started out as dialect variants that became more distinct as groups of speakers were separated and new languages evolved – with the shifted sounds.

The “babas” and the “papas”

One might expect closely related languages to share words for fathers, but even across languages in which there is no known evidence of a common ancestry the words for “dad” sound strikingly familiar.

Languages as distinct as Sino-Tibetan Chinese and Native American Washo use “baba.” In Nilo-Saharan Maasai, spoken in Kenya and Tanzania, it’s “papa,” and, in the Semitic language Hebrew, “abba.”

A similar bent is found in English, where children use the more intimate “papa,” “dad” or sometimes “daddy” as an alternative to the more formal “father,” especially when in trouble or getting bailed out of jail.

This tendency toward similar vocabulary words suggests that something pretty universal must be driving it. And though at first “d” and “p” and “b” might not seem to be all that similar sounding, they are all part of a class of what are called “stop consonants” in linguistics. Stop consonants are sounds made with a short but complete obstruction of air flow through the mouth during their articulation.

Why does this matter to pops everywhere? Because stop sounds, along with vowels, are the earliest and most frequent sounds babies tend to babble – which means “pa,” “ta,” “ba” and “da” are all early infant vocalizations.

Also, repetition is a feature of both baby babble and what parents babble back. As a result, this specific babbling bent makes “dadas,” “babas” and “papas” – along with “apas” and “abas” – very popular things for little Carlos or Keisha to say while hanging out in the crib.

So, when dad happens by and hears what he interprets as his call sign, a celebratory first word commemoration commences, regardless of whether Junior actually intended it that way or not.

And this circles back to the origin story for the word “father.”

Linguists theorize that, at some early point in the development of the Indo-European language, the sound sequence “pa” – babbled in early speech and wishfully interpreted as referring to good ol’ dad – was combined with a suffix such as “ter,” possibly denoting a kinship relationship.

Looking at the evolution of language more generally, linguists can’t say with certainty whether modern languages inherited the word from an undiscovered original early human language – likely African – or if this process occurred several times over the course of language history.

But what it does suggest is that dads have clearly been important enough throughout the history of humankind to merit special designation. And, unlike so many other words that have been shifted and reshaped or replaced over time by inherent linguistic pressures and language contact, the fondness for “dadas,” “dads,” “fathers” and “papas” seems to be unusually resistant to change.

So, whether you call him your papa, your baba or your abba, just be sure to call him, and let him know how well he, and his title, have stood the test of time.

This article is republished from The Conversation under a Creative Commons license. Read the original article.