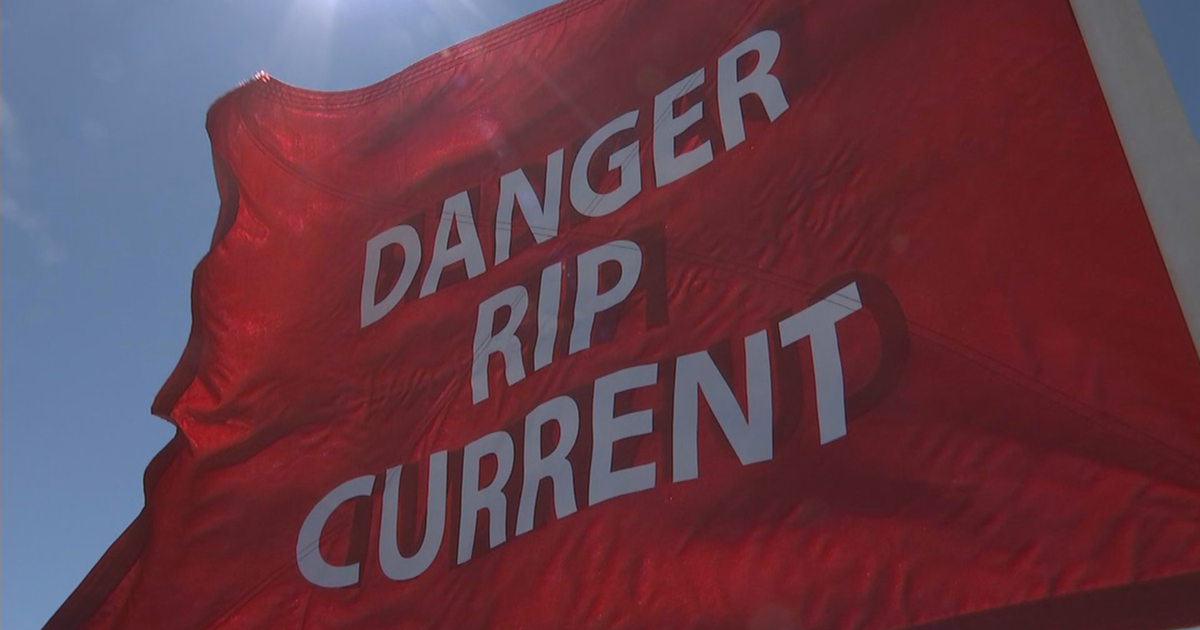 NORTH WILDWOOD, N.J. (CBS) — As Hurricane Fiona tracks off the Jersey Shore Friday, many towns and beaches are experiencing Fiona’s effects. Along the Jersey Shore, there’s a High Surf Advisory and High Rip Current Risk through the weekend.

In North Wildwood, the beach patrol has placed red flags at several entrances to warn about dangerous rip currents, which could lead to swimmers drowning.

“It looks like it’s a little angry,” Morano said. “But I’m looking forward to getting in on Sunday, regardless.”

While she only plans to go in waist deep, North Wildwood Beach Patrol supervisor Mark Strange said it’s a dangerous weekend to go out swimming.

“Hurricane Fiona is out there. It’s probably passing us right now into tomorrow so that’s going to cause a lot of rip currents, messy water,” Strange said. “Then, the high winds are not going to help as it’s pushing out west.”

He said no one should be out in the water except for experienced surfers.

The beach patrol will have a response team ready in case surfers get in trouble, but Strange said they’re not fully staffed. It’s why he’s urging people to instead go to the annual Irish Fall Festival, which Clark Sprigman planned to visit after briefly dipping his toes into the water on Friday afternoon.

“I love watching the tide come in,” Sprigman said. “There’s nothing better for anyone that has anxiety or any other problems to sit here and just let nature take its course.”