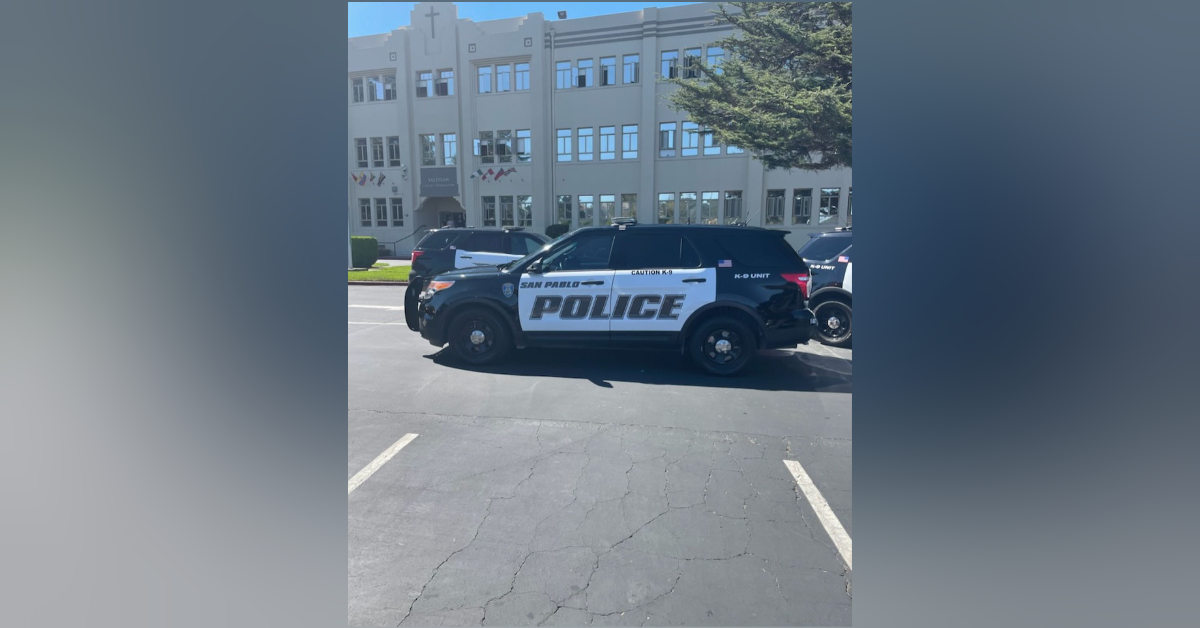 SAN PABLO, Calif. (KRON) — A Richmond high school was temporarily sent into lockdown on Thursday after a man with a knife ran toward its campus, the San Pablo Police Department (SPPD) said. The man was being pursued by police for an earlier incident.

SPPD officers responded to the area of Vale Road near what police described as a walking trail for the report of a man with a knife following a woman. Police said officers eventually found the man near Howard Street.

After he was discovered by police, the man ran toward Salesian College Prep and jumped over the school’s fence. SPPD said the school was placed on lockdown while officers searched for the man.

The suspect was eventually found hiding under a car. He tried to flee on foot but was tracked down by a police K9, the department said. A large knife was found in the school’s parking lot.

No students or teachers were hurt in the incident, police confirmed. The lockdown was lifted after the arrest.

Police did not identify the suspect but said he had a history of similar behavior.