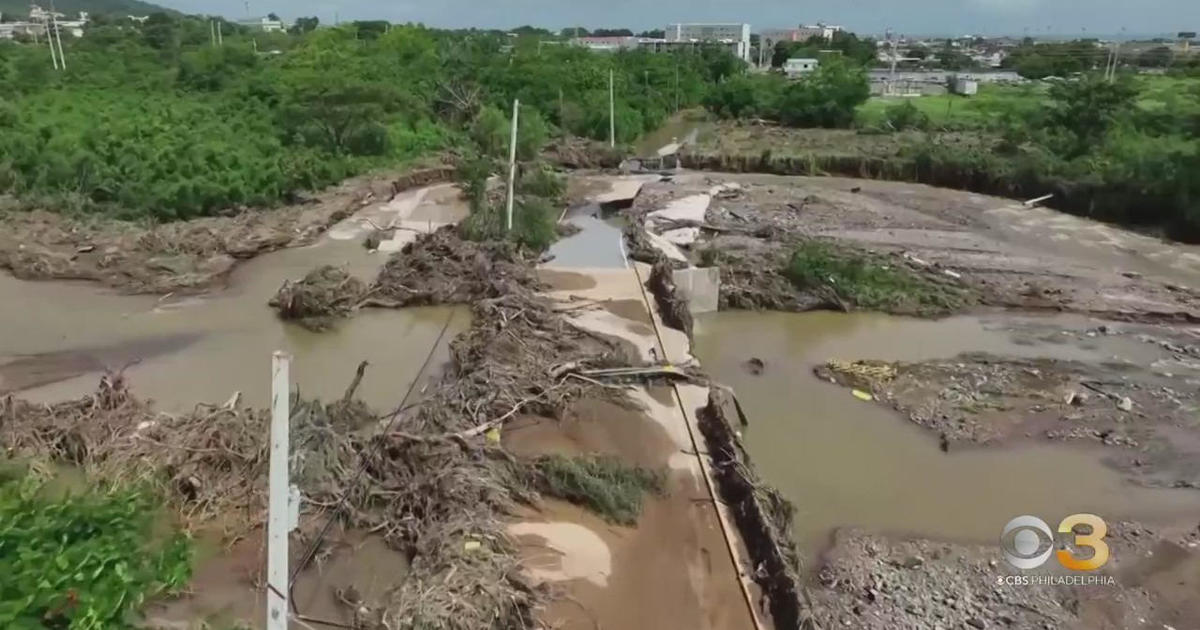 While Puerto Rican trainer and former jockey Josué Arce makes another lap on the track at Parx Racing in Bensalem, his oldest son on the island is living without electricity after Hurricane Fiona forced a total blackout.

“I just came back before the hurricane,” Adorno said.

He left the day before Hurricane Fiona made landfall.

Fortunately, his family is safe.

“The area they live in is not that bad, still a lot of flooding and stuff,” Adorno said. “They’re doing good so far, so, thank God.”

Aside from flooding, the lack of water on the island is also a concern.

“The power is always on and off. They don’t have water, but they will eventually. It’s going to take some time,” Adorno said.

As he gears up for this weekend’s Pennsylvania Derby, Adorno says home is where his heart is.

“Hopefully, everyone on the island gets better soon,” Adorno said.

Marcella Baietto is a bilingual reporter with CBS3 Eyewitness News. She’s originally from Phoenix, Arizona, but considers El Salvador her second home since much of her family still lives there.