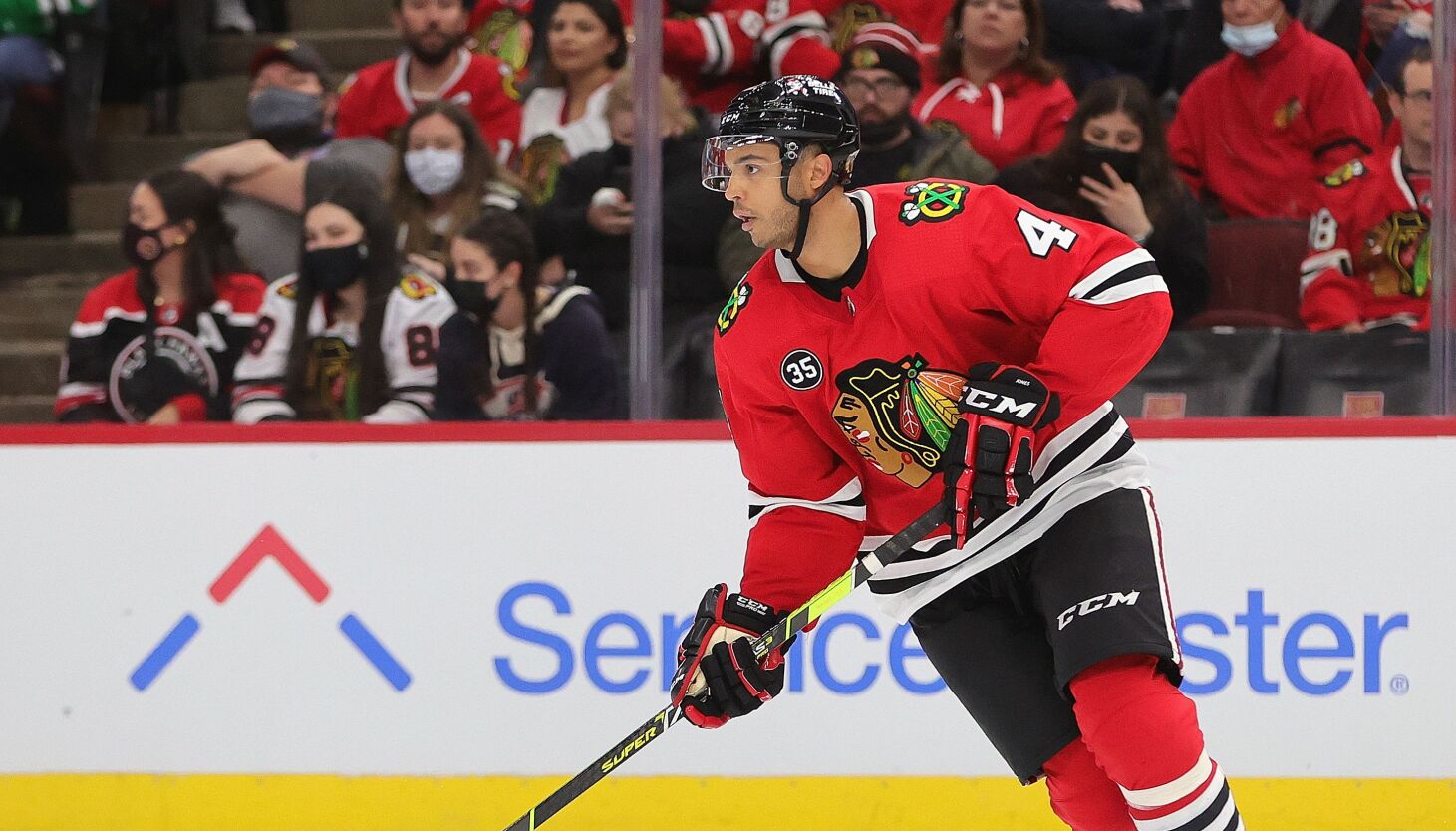 September 2022 didn’t seem far away to Seth Jones in July 2021, when he signed an eight-year, $76 million extension with the Blackhawks a year before his previous contract was set to expire.

The year in between turned out to be long and eventful, however, and not in a positive way. The Hawks’ outlook entering this season — technically the first of Jones’ massive new contract —is radically different than it was when Jones put pen to paper.

He’s understandably not thrilled about that.But he’s not searching for a loophole to allow him to escape Chicago, either. That’s just not the kind of guy he is.

“I don’t have any regrets from my decision,” the 27-year-old defenseman said Friday at training camp.

“It was a little frustrating to see [the trades this summer] at first. It’s not really what I or anybody had in mind, looking back a couple years. But it is what it is. It’s going to make a lot of us better in here. We’ll be patient with each other and help each other through this.”

So for better or worse, Jones will be here for the long haul. Ideally, by the second half of this mega-contract, the Hawks will be back in contention — back where he once imagined they’d be. In the meantime, though, he’ll have to accept some struggles.

“[I’m] looking at the bigger picture, for sure,” he said. “Patience is going to be important this year. At the same time, we’re going into every game trying to win. We’re going to have to be a disciplined, structured team this year. [We need to] make sure teams earn their wins and goals against us.”

New coach Luke Richardson has asked Jones to assume an even bigger leadership role this season with captain Jonathan Toews’ departure on the horizon.

The two of them—Richardson and Jones — will likely spend a lot of time together through this rebuild, during which the rate of roster turnover will otherwise be high, and Jones’ steady presence could prove as valuable for Richardson as vice versa.

The main tenets of Richardson’s defensive system might help Jones improve upon his decent yet imperfect Hawks debut season, too.

Richardson is implementing a “box-plus-one” coverage scheme, aiming to aggressively shut down opponent puck movement and quickly exit the zone. He emphasized Friday that a defenseman’s first read, after retrieving the puck in the defensive zone, should be passing up the ice to a forward rather than simply going ‘D’-to-‘D’.

“[Seth will] be a great guy to close gaps with that long reach, and he’s got the skill —when he does it —to make a quick transition,” Richardson said.

But Richardson also gave his star defenseman some constructive criticism.

“You don’t always have to join the rush and be involved in every shift as a defenseman on offense,” Richardson said. “He’s a guy who will play a lot of minutes, and [you shouldn’t be] wearing yourself out in areas that you have no chance of getting the puck back. All you’re doing is skating 200 feet, up and down.

“He realized that. He was maybe forcing things his first year here, trying to show what he can do. Obviously, the team didn’t do great, and he wanted to help. Sometimes you just help in the wrong way. So [he should] pick those spots where the other team’s vulnerable, and that’s when you go. Other than that, have a little patience.”

That criticism was received with open ears. After all, Jones has been equally harsh on himself.

Personally, he’d like to improve in the offensive zone just as much as in the defensive zone. He “looked at the percentages and all that stupid stuff” over the summer and determined he wasn’t assertive enough with shooting opportunities. That led to him scoring just five goals, including zero on the power play.